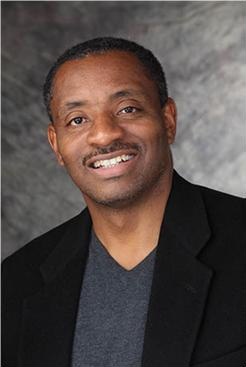 Anthony (Tony) Thompson is a record producer, multi-instrumentalist, composer, and songwriter. Tony is also the CEO and Chairman of the Board of Kwame Building Group, Inc. (KWAME), which he founded in 1991. Headquartered in St. Louis, MO, KWAME is a construction management/program management firm that serves as an independent agent to the owner. KWAME provides, along with other services, project management, scheduling, estimating, contract/claims administration, and document control.

Since a young child, Tony has had a passion for music and music appreciation. He has taken extensive training and classes in the music production and musical theory. He has mastered all of the equipment including the Solid State Logic (SSL) board which is located at both his West County and Downtown studios.

Syl Wilson has had a passion for music since a young child. She played violin for 16 years and worked in radio as a talk show host for four years on a local St. Louis radio station.

As a 17 year veteran in the marketing and business development industry, she has gained the necessary leadership sills and ability to develop and fully execute strategic branding and marketing coordination, making her a key asset to the TBeats Studio and Entertainment group. Syl oversees both the operations of TBeats and the marketing department. She has experience with keeping a consistent message of internal and external communications, including website content and media relations.

Syl was featured in Target Marketing Magazine for her expertise on PURL’s and her ability to gain over 50% response rates on all direct mail advertisements.

Mike Thompson studies Marketing and Journalism at Maryville University and has experience in helping corporations use the web to drive online visibility and generate leads that have resulted in new business online. As the Digital Marketing Strategist for TBeats Studios, Mike helps lead online marketing programs and social media campaigns for musicians and artists and manages all SEO and Digital Marketing Strategies for the team.

Joe “Capo” Kent started his career as one half of the Hip Hip/R&B/Rock Super Production Team Track Boyz Entertainment. The Trackboyz have achieved great success producing over 22 singles, selling over 19.2 million worldwide. One of Jo Capo’s U.S. and UK Billboard #1’sincludes rapper Jkwon’s infamous and infectious classic “Tipsy” which Jo Capo co-wrote and produced. This single has gone onto sell upwards of 1.6 million copies to date. In addition, he produced Multi-Platinum rapper Nelly’s single “Air Force Ones” off of his Nellyville album. This single peaked at #3 on U.S. Billboard’s top 100. One of his greatest accolades came with his Grammy nomination for Nappy Roots’ single, “Po Folks” which topped the U.S. Billboard’s Hot 100, Hot R&B/Hip-Hop, and Hot Rap Tracks Songs. Throughout his career Jo Capo has produced a diverse range of entertainer’s such as D12, Trey Songz, Ali from The St. Lunatics, Young bloodz, Robin Gibb of the Bee Gees, Angie Stone, Eminem, 112, Tierra Marie, Trina, Ebony Eyez, Petey Pablo and Shawna from DTP. Now he’s not only making his music, but he’s also been on fire behind the scenes working with new artists who are about to come out like Memphis rapper YO GOTTI, New female group SOSY, Detroit’s new hip hop phenomenon’s, Tre Little and Quest Mcody(of MTV’s “Made”), Brooklyn native “ Kevo Star”, British Pop Star “Mz Uk”, French Rapper “Big Ali”. Blessed with enormous talent, an ear for hits, good looks, and lyrical prowess, Jo Capo is destined to make his mark in his next phase of his phenomenal career.

Craig is a seasoned producer and guitar player who has worked with Kanye West, Sa’Ra, The Grant Nichols Project, Soul Train, Laura Lees, Kina, Carnival Cruise Line, Steve Ewing, Masta, Lenny Klinger Galaxy Band, The Ralph Butler Band, Norwegian Cruise Line, Sky Bop Fly and Reggae at Will. He is an excellent, dedicated performer and teacher who studied advanced guitar at the Musicians Institute. He has performed with Norman Brown, Dennis Edwards, Dennis Chambers, Tho Peoples, Everett Harp, Jenaette Harris, Paul Jackson Jr., Rick Braun, 311, The Roots, Porno for Pyros, Ice T, A Tribe Called Quest and many more. Craig is one of the newest team members at TBeats and brings a wealth of knowledge to aspiring artists.

Known by some as “The Kid Next Door” and “Malcom Alexander”, he hails from St. Louis, Missouri where he was exposed to various genres of music, Art, and cultures which have uniquely impacted his way of thinking…expanded his thought process, and enhance his musical pallet. As one who idolized the likes of Michael Jackson, Prince, and David Bowie, The Kid has always cherished diversity as an artistic value: his artistic journey began with early performances in elementary school, where he was introduced to the art of dance tap, ballet, and classical music. By the time The Kid Next Door was part of the Middle and High School marching band, he was already on his way to mastering multiple instruments and developing a deep interest in jazz, hip hop, classical, and rock. According to The Kid, “Music was the only way I could express myself and deal with problems, and insecurities, I had growing up. I was never one to follow trends…it’s important to be yourself, that’s the key!” The Kid NextDoor studied Radio & TV production at Southern Illinois University in Carbondale IL; where he also developed his visual director skills. As a popular and active leader on campus, he became Director of the school’s student TV station, which presented him with another platform to create visual images that could be shared with the masses! It was also during his college days that “The Kid Next Door,” developed his strong love for film and where he realized the value in combining his love for music, arts, and film.

Brandy Lawhorn, a Webster University graduate, is our newest Production/Audio Engineer Intern. Brandy states that the  reason she is so well rounded in music today, is because of her father and the support of her family. Her entire family has strong music backgrounds, but it was her father who brought the passion and drive for music into her life. She wrote her first song at the age of 8 and recorded it at a local St. Louis studio in 2002. What started out as simple lyric writing became melodies, which became rhythm and that became her drive.

In the 10th grade she was faced with the question of what she wanted to do when she went to college, and she finds herself today, living out her dreams. She has worked with many artist and all types of music genres. She enjoys mixing and creating audio creativity. Brandy also writes music and performs vocally.

Ina Griesohn was Born in 1988 in a small town in Germany. From the Beginning Ina loved to listen and dance to music, and to produce Media Artwork. Music always has been an important part of her life as she continued to expand her knowledge and skills. As an International Student at Webster University with a major in Media Communication and a minor in Advertising and Marketing Communication, Ina expanded her knowledge around Media and Communications. She earned her Associate degree in Arts at Saint Louis Community College in 2014. At college, she became a member at Phi Theta Kappa Honor Society and Tau Sigma. Due to her achievements, she has been awarded several honors.